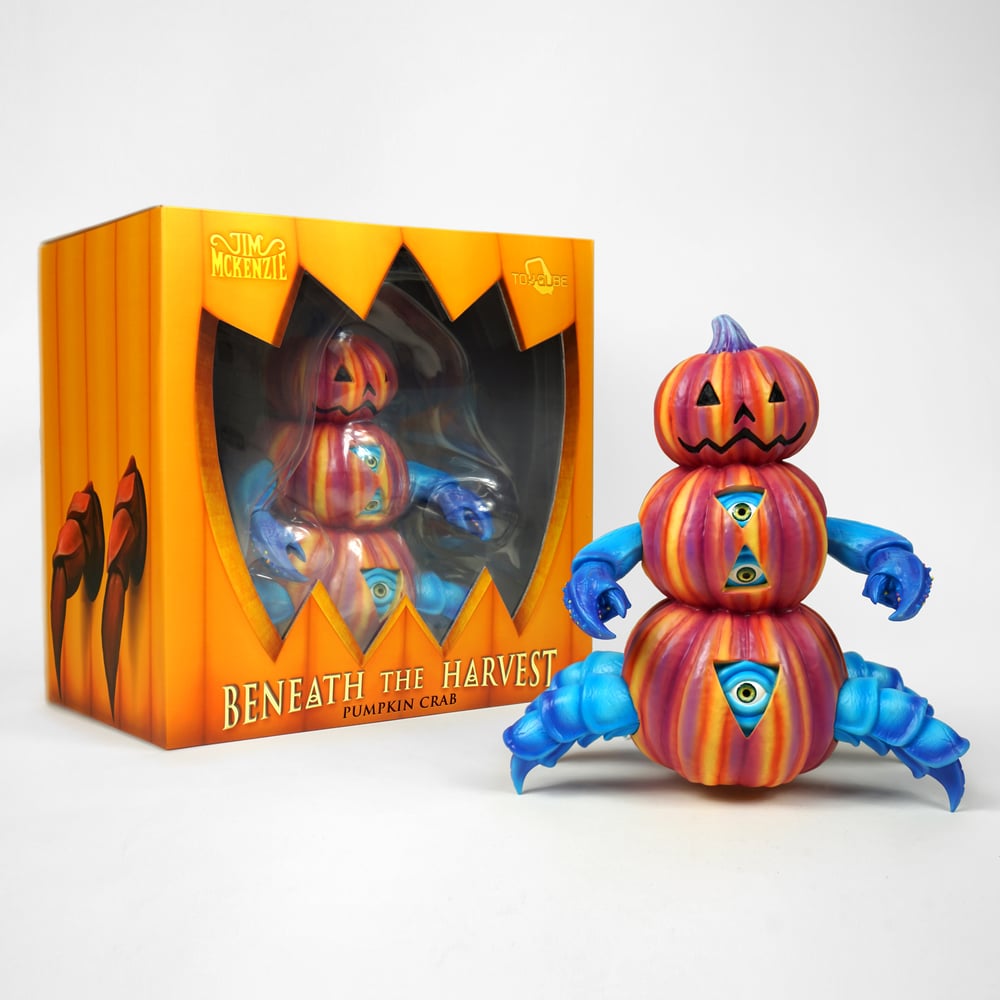 Based off of McKenzie's original sculpture, Beneath The Harvest:
https://www.youtube.com/watch?v=eaxOSc60fA8

We're excited to announce our latest collaboration with Jim McKenzie, Beneath the Harvest-Pumpkin Crab.

First seen as an unpainted prototype at the Five Points Festival back in May, the figure features a wild design blending a triple stack of pumpkins with a large crab lurking within.
Previously released by the artist as a low-run resin, Pumpkin Crab returns in this detailed vinyl figure and follows our recent release of his popular The Scarecrow figure.

The first colorway of the 10.5” x 9" x 7" vinyl art toy we bring you a blue crab—two claws and six legs—poking out of and peering through Autumn’s harvest of orange and purple striped pumpkins.

Limited to 180 pieces, Pumpkin Crab will be available for pre-order on Tuesday August 8th 2017 at 8 AM PDT on our website for $145